Dan: On my truck with all my belongings in the back, trying to give them to some Mexicans in a taco bus at 3am in South Seattle.

Greg: So that’s one example.

Dan: So these monks just said, not that what I went through was invalid, but what I was experiencing was a mind-level that I hadn’t been trained for yet. It was a reality that I hadn’t been trained to experience yet, and I kind of fractured my way in there, through whatever karmic circumstances. So I saw a bit of it, but I think the key is that if you’re going to be tooling around in other realities, but you can’t keep your shit straight here, then you have no business in those other realities. But I guess karma is a bitch. I mean there are so many people that are just stuck just wandering around talking to themselves and they are stuck between two or more realities and they can’t be fully here and they can’t be fully there and they are totally alone, because they are neither here nor there. I mean it’s so sad.

Greg: So when you anticipate you interviewing “mentally ill” people, do you see yourself wanting to “help” them, and where will you draw the line between documentary-maker versus helper, and would those roles be in conflict? 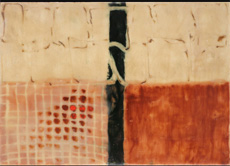 Dan: I don’t think I’ll be able to help them at all. [Laughs] You know... I mean, of course, I wish I could. I see so much pain. I actually do volunteer in the mental ward of Western State Hospital and in a prison. I’m always drawn to people who aren’t all there and I wish I had a magic wand but... I more want to help the people out there who DON'T think they are sick. I want to help them see that they are just as sick as the rest of us and we can all be “God’s chillun” together, you know? [Laughs]

Dan: This one friend of mine put it so brilliantly. I was telling him about this kid down at Western State and how he’s stuck in the system, because they want him to be normal, but how are you supposed to be normal when you are in a mental hospital? And my friend said, “You put anybody under scrutiny and they are going to look crazy.” I mean, think of all the neurotic shit we all do every fucking day. All the weird-ass things we do... all the times we yell crazy shit or all the crazy things we think that we don’t want people to know we think about.

Greg: So are you saying you might help someone watching your film, who has not been labeled crazy, by having them see part of themselves in someone who is labeled that way?

Dan: Yes, but of course also there are a lot of different levels of it. I mean, I’m not out to say Mary Jane Whats-Her-Name is the same as Charles Manson. I’m just saying we’re all a little weird. But there are some people who are weirder than others. I mean some people have birth defects. This one guy at the hospital where I volunteer, he was wall-eyed and his hair was falling out and he couldn’t talk very well. And it's so sad... he had committed some crime. But people like that are at the mercy of their own minds. And I feel so sorry for them because it's not like they wanted to do whatever it was they did. But at the same time, we know that we can't just let those people run around on the street. I guess there just needs to be a lot more compassion. But it’s not something you can force. I can’t make this documentary and be like, “OK everybody, you better be more compassionate or I’m going to be pissed off." But it’s just the trying that counts.

Greg: Well, maybe that’s where the intersection of art and social action occurs because it might be a lot more effective at reaching people if it is actually fascinating to them. The more fascinating it is as a piece of art, the more it’s going to help people see into the lives of your subjects. Although I think your subject matter is inherently fascinating.

Dan: It is, but still I want to make sure it's appealing as entertainment. I don’t just want to appeal to the do-gooder crowd. I would like it to have an impact on society at large. And of course that’s one thing I’m afraid of is that it won’t have an impact, you know, “Who cares about your crappy film?” And then I’ll just end up in the hospital again, after all. [Laughs]

Greg: OK, back to your personal life. After everything you’ve been through and come out of, I’m wondering, do you find yourself contemplating the possibility that you might have another episode or even several more episodes of craziness in your life, or do you somehow feel that things have shifted and it won’t happen again?

Dan: I have no clue. One thing I’m thinking of doing is documenting myself going off of the lithium I’m on, and shifting to a protocol of therapeutic vitamins that some researchers in Canada have developed. But there is some potential danger there, because one thing about lithium, some people when they get off it, if they need to start using it again, then it doesn’t work anymore. And lithium is cheap and it’s only a salt, so if it stops working for you, it's kind of a bummer. And the other thing is that normally when you get off lithium you do it over a LONG period of time. But with this protocol, you switch over a period of a month, so it could be a MASSIVE rollercoaster... And I thought it would be interesting to film it. Or it could just be totally boring with me just sitting around going,"Oh, man... I’m so tired!”

Greg: Or boring because the shift to the new treatment is totally successful and you are fine.

Dan: Yeah, I suppose the hope would be that I would totally lose my shit! [Laughs]

Greg: And get it back again...

Dan: But you have to agree, it would make interesting cinema. You know, especially if I get in a gun fight with the police. [LAUGHS ] You know that is key.

Dan: Of course I don’t wanna do that.

Dan: But still, you gotta admit, that would really pack the theater!

Dan: I got in lots of trouble with the police last time I went off. See, that’s the thing: I don’t wanna lose my shit, because I’m pretty sure next time I do, I’ll probably die.