"For better or for worse, so much of the process of making art, or of promoting someone into celebrity status, involves editing out the crazy parts, or working with them,
enhancing and channeling the crazy parts."


1 2 3 4 5 next
Dan Filbin on Mental Illness, Celebrity and Identity
by Greg Dember (edited by Linda Ceriello)

Seattle native Dan Filbin is planning to film a documentary that reveals so-called crazy people as normal, ordinary humans. In the following interview, we discuss not only Dan's ideas for his film, but also his own experiences with bipolar disorder. Also, we explore the way in which celebrity status conveys an extra level of authority onto the personhood of people who are really just like everybody else, and how our culture structures a continuum with "celebrity" and "crazy person" at opposite ends.

The transcription begins with us discussing Dan's self-consciousness, both in his role as the subject of this interview, and as a solicitor of famous interview subjects for his own project.

Dan: Is the tape recorder on?

Dan: [Laughs] You know, I feel like two totally different people, like if it’s ON or if it’s OFF... so I guess I’ll be somewhere in between. I've been practicing making a video of myself to solicit some famous people who I want to interview for my film. It's given me a lot of respect for the way actors are able to seem so natural while they are being flmed or recorded. 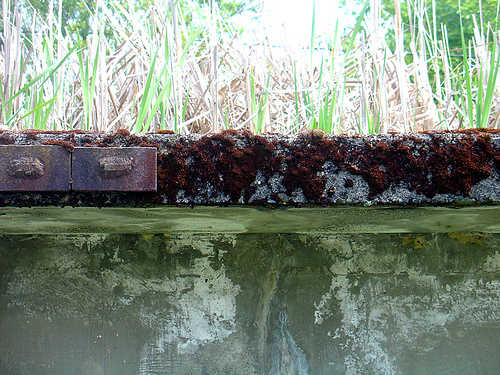 Greg: Why don’t you just write them a letter or send them an email?

Dan: Well, the thing is, in a letter or email, they can’t see your body language so they can misinterpret the meaning behind your words. Sometimes I get in trouble that way.

Greg: What kind of trouble?

Dan: I just forget that not everybody shares my sense of humor. Especially in these particular situations where I’m trying to get ahold of some famous person, I almost try to be overly familiar, as though I’m cool enough to BE familiar. As though it’s not a big deal to me, like I’m just conversing with a friend. And on the one hand, it’s true. I mean those people put themselves out there in that way.

Greg: Right – because we watch these famous people just being themselves, in their movies, in their songs, in their interviews. They come into our living rooms like they know us, like they ARE our friends. Some celebrities especially: I sent my band’s CD to Miranda July (you know, the filmmaker), and I felt justified invading her life that way, because I had just watched her movie, Me and You and Everyone We Know, right here in my apartment, watched her being herself, and then I looked up her web page and saw her being herself on her public web page, so I just thought I should send a piece of myself right back to her.

Dan: It’s like they are creating a dialog and seemingly inviting us in. They want to put themselves into our personal space. If they didn’t they wouldn’t choose that career. I mean, I don’t think it’s totally weird to come at them as if you KNOW them somewhat.

Greg: And yet you say this sense of familiarity with celebrities has gotten you in trouble. Can you give an example?

Dan: Well, recently I sent an email to Stewart Stern, the guy who wrote Rebel Without a Cause. He gave a guest lecture in a film class that I took from Warren Etheridge a few years ago, and I’m hoping he can help me with my current project.

Greg: So, what do you regret about your email?

Dan: Well there’s a part where I tell him I’m not calling him a crazy old fart, but the last line in the email was like, “PS -- I’ll bring the prune juice." [Laughs]

Greg: And how did he respond to that?

Dan: I haven’t heard back from him yet. I check every day.

Greg: I'm curious how Stewart's support became important to you. Did you know anything about him before the time when you were at the lecture and he spoke, or were you a fan of the film, or what?

Dan: No, I’d never seen it. In fact the first time I ever saw it was about three weeks ago, which was five years after Stewart spoke in my class. He’s just so well-spoken... gentle, insightful, thoughtful. Here, let me read you the email.

Dan fires up his MacBook.