I think that for most disabled people, we are still struggling to actually belong, not just be included. Being included means they are allowing your presence. Belonging means your absence makes a difference.

1 2 3 4 next
Born This Way: Greg Buell Discusses His Life Without Arms
by Greg Dember (edited by Linda Ceriello)

Advertising professional Greg Buell recently met me at a cafe near his home in Seattle for an interview about his physical disability. I could see Greg enter the establishment from where I was seated in the back corner. He pushed the door open with his hip while chatting on a cell phone balanced on top of his shoulder, then paid for his order, signing the credit-card slip with a pen held in his mouth, and then made his way back to my table, carrying his coffee between his cheek and his shoulder. We discussed his life as a person with a non-standard body.

An important part of this interview dwells on Greg’s experiences and thoughts about dating as a differently-bodied person. At the time the interview was originally published, he was single, but we are happy to report that Greg is now married to Becky (Weinz) Buell.

Greg Dember: Can you tell about your condition and how it came to be?

Greg Buell: I was born without arms 35 years ago; it was a congenital birth defect. All my life I've learned to use my feet, shoulders, chin and mouth to do everything that other people do with their hands.

D: Did you start school in the usual way, with the rest of the kids? 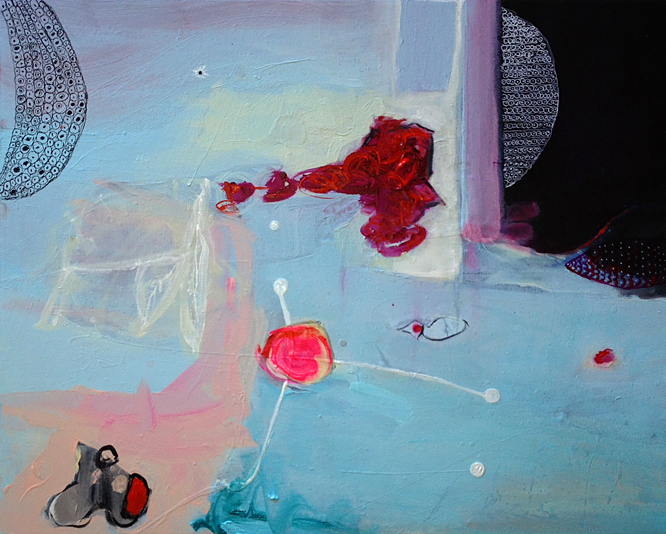 B: I started regular school with everyone else, but before that, I went to a special school when I was three or four called the Development Center, that gave occupational therapy for both mental and physical disabilities, teaching us how to do specific things. Things like, how do you eat? how do you write? stack things? fold a piece of paper? use a zipper, tie your shoes, button a button...

D: Were those lessons effective?

B: I don't know if anybody who has arms can really explain to someone without them how to operate in a world structured around arms and hands! But I think they gave me an initial sense of how to think about doing basic things on my own. My mindset has always been to watch people: OK, now, how does that work for someone with arms, and how do I mimic it? Turn my foot to the left or the right, use this toe or that. I've done that for my whole life, and certain experiences come easier than others.

D: As a child, were you conscious of this kind of modeling process you were engaged in, or was it happening on a more natural level? Was there a level of analysis going on?

B: I think there was a level of analysis that went into all that I had to figure out, which probably translates, as an adult professional, into my ability to be strategic, because those challenges have been built into my life and my story, and to succeed I have to be strong at them.

If I were to casually drop my keys in my bag on the way out the door, in order to get them out, later, I'd have to set the bag down on the floor, get the zipper open, pull them out, get my keys to my shoulder... a lot of steps. So, when I deal with my keys I'm very strategic. I make sure they are in a certain spot near the door, at the right height to grab them onto my shoulder. I just have that sequential mindset built in. A lot of people at work have said to me that it's amazing how I can realize that the decision at Step A will have these effects at Step Q.

We took this "StrengthFinder" test at my work, and my top strength was something that nobody else at the company had. It was called "Restorative." The strength of the Restorative was taking something that's broken and figuring out how to either put it back together, or put it together in a different way to make it functional. Which makes sense for me, since, as I said, I've spent my whole life doing that – taking things that are not the way they should have been, and figuring out other ways to put them together to make them work.

D: When I watch you, I've noted on a number of occasions how amazingly competent you've been at getting around in the world in spite of your disability. Have you still found yourself dependent on other people for a lot of things?

B: Sure. Growing up, there were some ways that my family helped me that became routine. And, really, until it was time for me to move out of my parents' house when I was 20, I didn't really think about how I was going to make it work when living on my own. Before I arrived to start college at Seattle Pacific University, they sent out a note to people who would be on my floor: "Who would be willing to help this guy with no arms?" But even knowing that I'd have a helpful roommate, it was still not clear to me how being away from home, living in a dorm, was going to work.

D: Were you anxious about that? In the way you are talking about it now, you don't seem very anxious.

B: Well, at some level, I was a bit nervous, but I've found that a bunch of things you have to do in life just seem to figure themselves out when you get to that hurdle. College was one. And then, my job. I've been traveling for work since I was age 25. Before that, I had never traveled on my own. So I had to figure out what tools I needed. For example, I'd had this dressing device that I'd been hauling around with me. After several trips with co-workers and realizing I still needed to rely on them fairly often for something as basic as dressing myself, I met with an occupational therapist to create a better one.

B: Yeah, long story short, I had this suction cup thing that I put on the wall to help me dress. It needed to be more stable and to be at the right height in every configuration of room I'd be in. So he helped me create a more portable version of the permanent dressing device that I keep at home. It has hooks that help me get my pants on.

D: OK, so a lot of this stuff really just hit you when you left home to go to college.

B: Yes, at home, I got used to having built-in help, like, "Hey, can you grab that plate up there?" But I wouldn't want to count on a roommate for that. What if the roommate is in class, or away? How am I going to get the plate down?

D: Well, what do you do, when you are on your own and you need to get something, say, from a high cabinet?

B: I have a swiveling bar stool with a back on it in my kitchen. This way I can swing my feet up and grab plates, bowls, mugs, etc. I also keep a fair amount of cooking supplies, pots/pans, etc. under the counter so they're easier for me to retrieve. The top shelves of my cupboards are somewhat useless for me!

D: There must be dozens of things, though, in your everyday life, that you've had to continue strategizing about – new challenges as you've gone through phases of life? What is your job at the ad agency, by the way?

B: We do fund raising for non-profit clients, and my particular job is a client service rep. So I lead a team of artists: designers, writers, production people. I do a lot of communication through email in my job – and, mainly using one foot to type, I only get between 30-40 words per minute. So, there's a productivity gap between me and my colleagues that I've felt I had to make up for. Also, I mean, it takes longer for me to use the restroom, get a cup of coffee, write notes in a meeting, etc. So, in the past I would make up for that simply by putting in more hours. My thinking was, if my coworkers are able to finish something in 40 hours, I'm going to put in 60. 50 hours to get done what they get done in 40, and 10 more to make me excel. But lately I'm coming to a place in my career in the last couple years where I'm realizing that I don't necessarily have to do that. I am who I am. I come with certain strengths and weaknesses.

And in general, at my age now, I'm more strategic and more likely to recognize that I need to actually reserve my energy. Just last night, I was talking to a friend and he was telling me about how he'd been invited into his sixth fantasy football league, and he was fretting over how he was going to come up with the time to get his teams organized, and I realized, I don't even have time to be in ONE fantasy football league. I get very little sleep as it is, maybe about five hours per night.

D: So it's kind of a recent realization – that it simply takes you longer to do things than it takes other people...

B: ...which obviously makes sense. For example, shaving with my feet, instead of with my hands.

But to answer your earlier question about other areas in which I'm still strategizing, at this point in my life, it's more social and emotional things. For instance, I'm saying to myself, "You're 35, you're not dating anybody seriously, you want to have kids and a family at some point. You'd better get on this soon."