E: So, can I ask, what’s your relationship with God now? It’s probably evolving – but what is your theology at the moment?

E: Are we moving into discussing nondualism now? 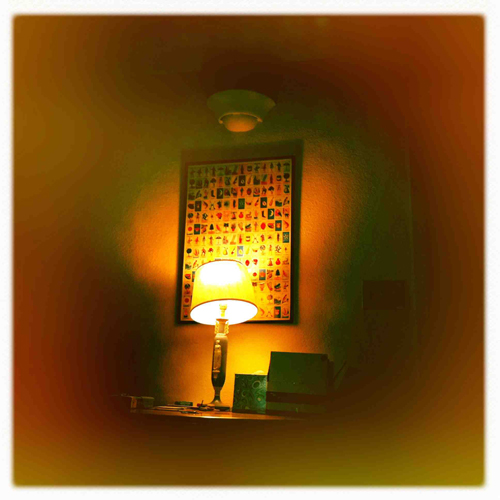 O: Yes! Because your question leads us into that, clearly. I think one thing that I learned that was a way in for me with Rabbi Ted Falcon and  congregation Bet Alef, is his clear teaching that we have to move past an exclusive conceptualizing of God as "out there”: the God that we pray to, the God that we ask for whatever we need to ask for, and that we awaken also to the fact that God is also inside of us, and manifests as us. And I would add a third leg to that: that is that God is also manifesting and being all that surrounds us, all the universe.

E: Is that the Kabbalistic idea of the sparks of holiness being in everything?

O: It’s even more than just the sparks. That’s Lurianic Kabbalah that you refer to, and I’m more inclined to look at what the Chassidic [eighteenth-century spiritual revolutionaries] teachers have shared. They said that it’s not just the spark of the divine in everything, because that sounds small. A spark is like a little flickering candle in all of us, and that’s God, which implies that everything else around that is not God. But there are teachings that show that it’s not just a spark; it’s the whole thing.

One of the phrases in Hebrew is m’male kol almin: God fills the whole world.  There is no part in your being – in your body, in my body – that is not God. That’s one of the clearest teachings from the Chassidic tradition and it’s what is known as a negative definition of God. And by negative is not meant that one is saying something negative about God. Rather, it’s acknowledging that one is not able to say anything in the affirmative. So they’re saying there is no where that God is not, there is no one that God is not, there is no thing that God is not. So God fills all the world, God is everything and everyone.

And at the same time here we see the nondual aspect of that:  God is forever transcending all of this. God is the unborn, the un-manifest, that which is beyond all of what is. So that’s also back to Isaac Luria, who was teaching about the L'Shem Yichud. He was entering into prayer with his kavana, which is his intention, and that intention was in most cases, “We are doing whatever it is we are doing now for the sake of unification of the holy one of all beings," which is the transcending manifest masculine aspect of God – U'sh'chinte – and the Shekhina – the feminine indwelling presence of God. God as all there is. And for Luria, every aspect of life, every practice he entered into was with that intention of seeing both of these; of being present at the same time in participation  through our actions, and by participating in that awakening, that awareness, that we are holding – all of us – right here right now.

E: So how is that applied? How is your daily life affected by this constant presence of God?

O: It’s intoxicating. Of course, it would be  egotistical for me to say that I’m able to be there 24/7. I don’t think anybody is fully available to engage that kind of Presence with a capital P, 24/7. So I have my moments. I have my moments when I practice what the Chassidic teachers have practiced,  through the practice of mitzvot, through the brachot – the blessings – that’s the way to pause for a moment  and be aware of the Presence. Knowing that before you’re going to drink your coffee or your tea, by saying the bracha –  the blessing, it’s recognizing that Oneness of Being in that moment. It’s not about me, it’s not about you, it’s not about any of us. But all that is flowing through us right now is God manifesting. It’s very freeing in a way.

So what the Chassidic masters have taught us to do is literally to practice different mantras. One of the most famous from Nachman of Bratslav is “Shivti Adonai l’negdi tamid.” -- “I place the holy one before me, always.” I mean, think about what that means.  Everything I see, everything I enter into the presence of, is the Holy One of Being. Do you think that will influence how we will relate to one another?

E: I can feel the transition into that feeling as you say it.

O: Exactly. One of the most powerful mantras, which we’ve had for three thousand years, is the Shema [the central Jewish prayer proclaiming God's oneness]. The Shema in Torah is followed by the V’ahavta. And the V’ahavta says, “You shall say these words when you rise up in the morning, when you lay down, when you walk on your way. Teach them to your children.”

It is really telling you: "Say these words." What words? The six words of the Shema: “Shema Yisrael Adonai Elohenu Adonai Echad.” Shema Yisrael means, “Listen, Israel.” Israel means God-wrestler. Spiritual wrestler. And it’s a deep, deep, deep listening that we're being called to. Like, listen to all of this [Gestures in a broad circle]. Right now you can listen to what’s happening on the outside. The noise, the music, the sounds, all of that, right? Anyone can be present to that. You don’t need to make any meaning out of it, just think of it as if it is a piece of music.  The voices, the noises – you can have that experience right now. And then you can listen to whatever is going on on the inside: the emotions, the thoughts, the sensations.

If you train yourself enough you’ll be able to actually see what’s happening on the inside at the same time as you're aware of the dance and the music that’s happening on the outside. Eventually, more and more you’ll see that there is no limit, there are no borders between the two. That it’s made up. Everything is arising right now in your awareness. The things that you are listening to right now, as it’s all happening right now, to see into it and feel into it – the inside, the outside, it’s all one. It’s actually dizzying. It’s intoxicating. And if you can start to feel the dissolving of the border between what you think is “me” and what you think is out there, and just be in that awareness, It’s like you’re a big movie screen, and all that you are paying attention to is just unfolding right now on that screen. And you’re none of it. You’re not your thoughts, you’re not your emotions, you’re not anything. That is the Presence. That is the deep connection with the God inside of you. There is no inside, there is no outside, there is just this.