Joseph Laycock studies stigmatized religions and contemporary pop culture as a scholar of the sociology of religion at Texas State University. He has been interviewed about his work on a number of radio and TV shows and documentaries, including an appearance on Geraldo at Large in 2009. We heard him speak at a major conference on the study of religions in 2014, and asked if he would adapt that talk for Artocratic, and he graciously agreed.

(Note: the subject of his inquiry is the first season of True Detective, an anthology-style series in which each season is independent of the others, with unique settings, cast, characters and story lines.) – Arto eds.


As a sociologist of religion, I became interested in Nic Pizzolotto’s television series, True Detective, because it dealt with the topic of occult crime. Having written several articles and books dealing with the cultural phenomenon of “Satanic Panic,” I was anxious to see how Pizzolotto would treat the investigation of cult activity. The Satanic Panic of the 1980s was a period in which many Americans became convinced that a network of criminal cultists existed among us, hiding in plain sight. It was believed that the cultists abducted people for use in human sacrifices. While no bodies were ever found, that was only because the cultists were clever and had agents in all levels of government. The cults also purportedly abused children in sadistic sexual rituals. This abuse was said to be so traumatic that most victims could only recover their repressed memories years later with the aid of hypnosis. 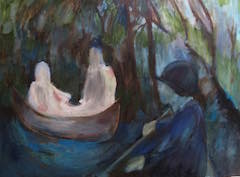 The stories that came out of the Satanic Panic would have merely become part of America’s modern mythology – like Bigfoot or the UFO crash at Roswell – except that innocent people were accused of criminal Satanism. The most famous legal case of the panic was the McMartin Preschool trial in California, which lasted from 1984 to 1990. In 1983, Judy Johnson accused a daycare employee of sodomizing her child. The situation escalated quickly and eight employees of the McMartin Preschool were charged with 321 counts of child abuse involving 48 children. Based on interviews with hundreds of children, it was reported that the preschool was a front for a Satanic cult, complete with secret underground chambers. Despite the absence of any material evidence, the prosecution persisted for seven years, even after Johnson, the original accuser, was hospitalized with acute schizophrenia. Prosecuting the case cost the public over 15 million dollars.

The trial did little to dissuade Americans from believing in Satanic cults. Nor did an FBI investigation in 1992, which concluded that criminal Satanic cults do not exist. Just two years after that investigation, a 1994 survey by the magazine Redbook found that 70% of respondents believed in abusive Satanic cults. Thirty-two percent said the FBI and police ignore the evidence because they don’t want to believe these cults exist. Innocent people continued to be tried and jailed throughout the 1990s. A few remain in prison today.

Given its massive visibility at the time, the most alarming aspect of Satanic Panic may be how quickly it has been forgotten. Since 2009, I have done a number of television and radio interviews on the subject of occult crime. Most of my interviewers seemed unaware that the Satanic Panic ever happened, much less that claims of organized Satanism have been debunked. One even challenged me to prove that Satanic cults do not exist.

So I hoped (in fact, I assumed) that True Detective was going to deconstruct the myth of Satanic Panic, and – in the style of the fin-de-siècle horror referenced throughout the show – maybe even reveal something more alien and hideous than the familiar narrative of heroes vs. Satanists. As it turned out, no such deconstruction took place. Instead, the first season’s story delivered a minor revival of Satanic conspiracy theories. What we have in the end is a showcase of both the power and the responsibility of pop culture: by combining fact and fiction, pop culture can influence what audiences deem to be plausible. To understand this dynamic in True Detective, it’s helpful to review the history of Satanic Panic and the related cultural phenomena that it engendered.